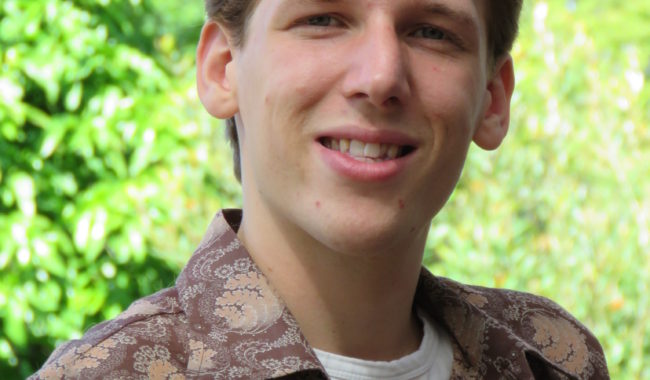 Opera singer Ellery Durant is based in Raymond Terrace and currently studying at the University of Newcastle Conservatorium. Ellery is delighted to have been cast as a character in a production of Mozart’s Marriage of Figaro set to open on 15 June 2016 and play for nine performances across the Hunter.

Ellery is performing the role of Don Curzio in the opera that was selected to help Opera Hunter celebrate its 30th birthday. Ellery is balancing a busy rehearsal schedule with his final year of studies at the Newcastle Conservatorium while also teaching voice, flute and theory.

Ellery is known for his ensemble singing which has taken him to New Zealand (Victorian Boys Choir); Rome and the Vatican, Geneva (Echology Chamber Choir). Later this year, he will be travelling to New York later this year to perform at the World Youth Assembly with fellow University of Newcastle students. This trip to the United Nations follows on from his tour of England in July with the Newcastle Cathedral Choir.

This is Ellery’s second production with Opera Hunter, after performing in Love, Life and Opera Too in 2015.

The infamous comedy opera is set to play at the Maitland Town Hall on 10 July 2016, and for a series of performances at Lake Macquarie Performing Arts Centre from 15 – 26 June 2016.