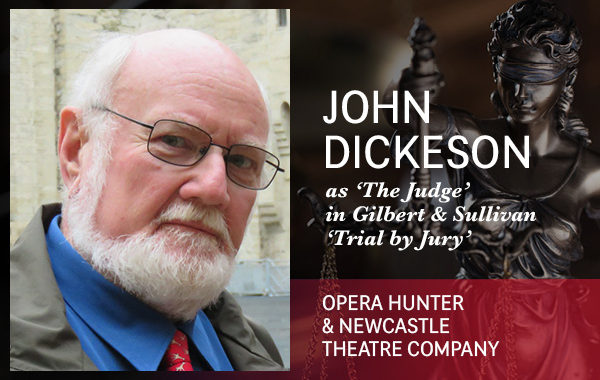 John Dickeson has been involved in musical theatre in Newcastle and the Hunter continuously since 1963.

John was awarded a CONDA for his role of Baron Zeta in Opera Hunter’s The Merry Widow in 1999.

John is looking forward to again playing the Judge in Trial by Jury, 5 – 8 December 2018 at Newcastle Theatre Company. Learn more >